The winner of the International Competition on Commercial Arbitration has been determined - it is the team of the Institute of International Relations. 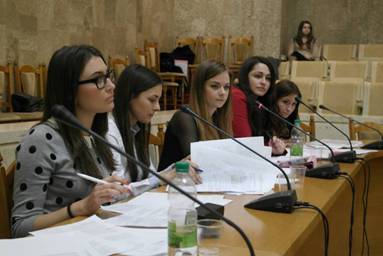 The Semifinals and Finals of the International Competition on Commercial Arbitration, which was held by the European Arbitration Chamber for the third time among law students of universities from different countries of EU and CIS.

According to the results of the Semifinal debates the teams of the Institute of International Relations, National Economic University and the National University "Ostrog Academy" reached Final of the completion.

The contestants had only half a day to prepare for the ultimate showdown of the competition as the task for the Final was secret and the teams learned it only at the end of the penultimate competition day. Each team had to find legal grounds for refusing of enforcement of an arbitral award on the basis of the New York Convention 1958. 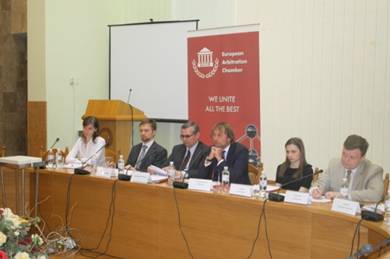 The Final of EAC Moot Court competition took place at the Hall of the Academic Council of Institute of International Relations. The guests were warmly welcomed by the President of the European Arbitration Chamber Gennady Pampukha, the head of the Coordinating Council of Association of Young Lawyers under the Ministry of Justice Andrey Butenko, the head of the arbitral tribunal of ICC Ukraine Taras Shepel.

During the final oral debates, the participants showed a high level of professional skills, theoretical knowledge, skills of searching of precise strong arguments, the ability to quickly, accurately navigate in any situation, as well as excellent knowledge of English. 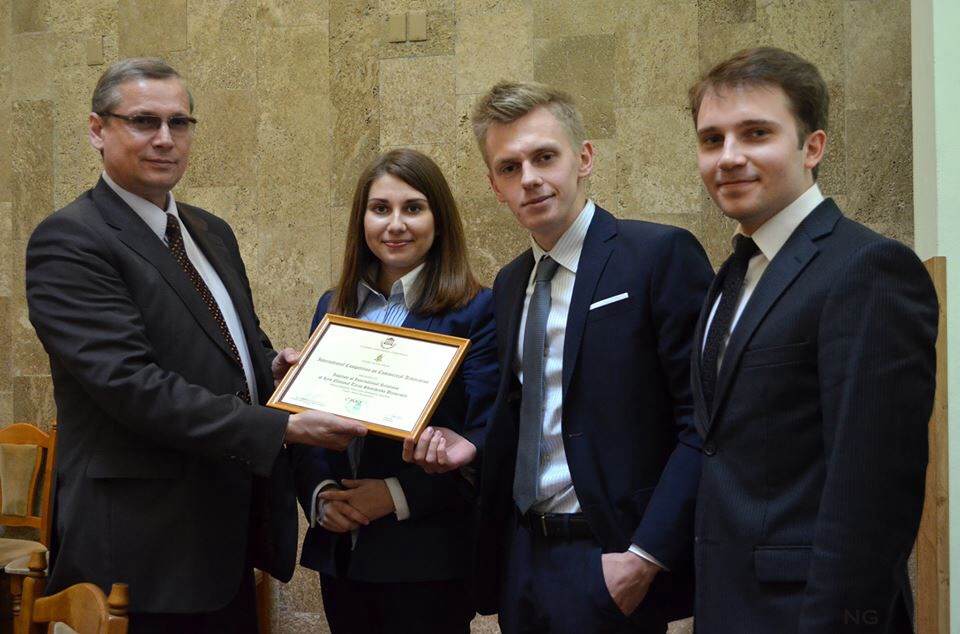 According to the scores the competition won the team of the Institute of International Relations. Second place was awarded to the team of National University "Ostrog Academy"  and third place - to the team of Vadym Hetman National Economic University.

This year's International Competition on Commercial Arbitration was held in the framework of the social project of the European Arbitration Chamber "International Exchange of Legal Internship" which main goal is assisting to young professionals in the field of jurisprudence in having internships in the best national and international law firms.

Participants of  the contest were solemnly awarded with the certificates for internship in the Head Office of the European Arbitration Chamber in Brussels (Belgium), International Legal Corporation "Princip", the Association of International Arbitration "AIA" (Brussels, Belgium), the law firm "Kancelaria Advockata" (Lodz , Poland), LC "Dmitrieva and partners", ILG "AstapovLawyers", LC "Arzinger". In addition, the readiness to provide position for internship for the participants of the International Competition on Commercial Arbitration was expressed be law firms from France, Italy, Poland, Croatia, Cyprus, Slovenia and the United Arab Emirates.