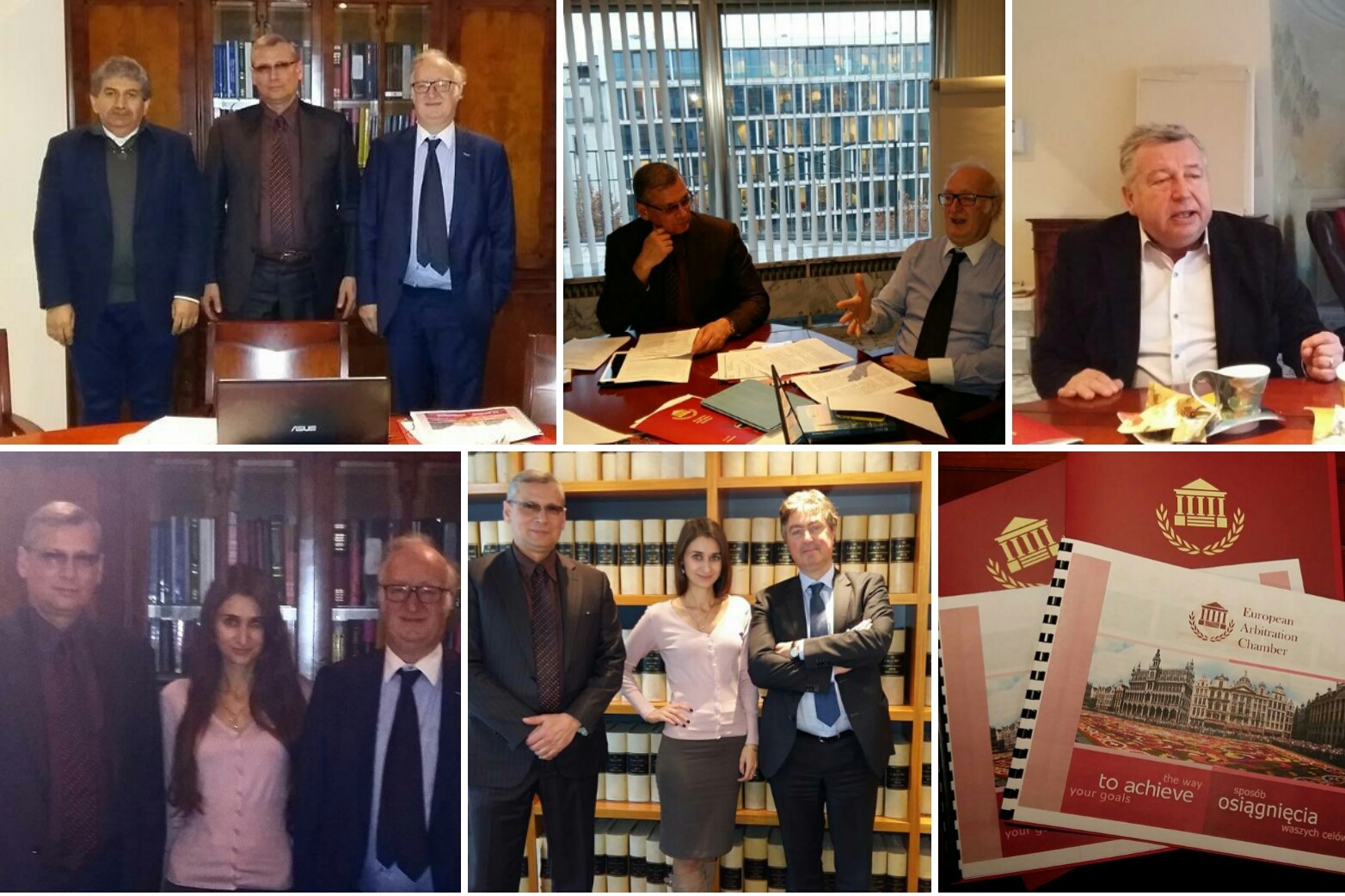 The Annual General Meeting of members of the European Arbitration Chamber took place in Brussels on November 10th.

The participants summed up the work of the Chamber over the past year and identified its priorities for 2017.

2015-2016 years of the European Arbitration Chamber have become highly productive and effective. Most of our tasks and goals were achieved and implemented.

New activities of the EAC have been established and developed such as:

The participants of the Meeting, summarizing the work of the Chamber for the last year and determining its priorities for 2017, one of the main tasks of the European Arbitration Chamber identified the introduction and development of modern educational programs in the field of international arbitration, expertise and mediation. The participants of the meeting decided to resume the Annual International Competition on Commercial Arbitration among students and begin active preparations for this event. Furthermore, it was decided to organize and conduct qualification courses and intensives for the EAC arbitrators and experts.

The European Arbitration Chamber expressed its gratitude to all members of the EAC, who participated in the Annual Meeting, for their efficient work and fruitful cooperation.