The Final and the solemn ceremony of awarding the participants of the IV International Competition on Commercial Arbitration took place on April 5th in Kyiv. The contest is initiated by the European Arbitration Chamber (Brussels, Belgium) and is conducted each year during the past 4 years . The general partner of this year was the Ukrainian Bar Association for Foreign Affairs.

The participants of the teams tried on the role of international arbitrators, after all, under the terms of the contest during the final debate, they presented their arbitration decisions in an improvised dispute, which was reviwed by the International Commercial Arbitration Court under the European Arbitration Chamber (EAC).

Oral debates were evaluated by managing partners of leading law firms, practicing lawyers, among them: 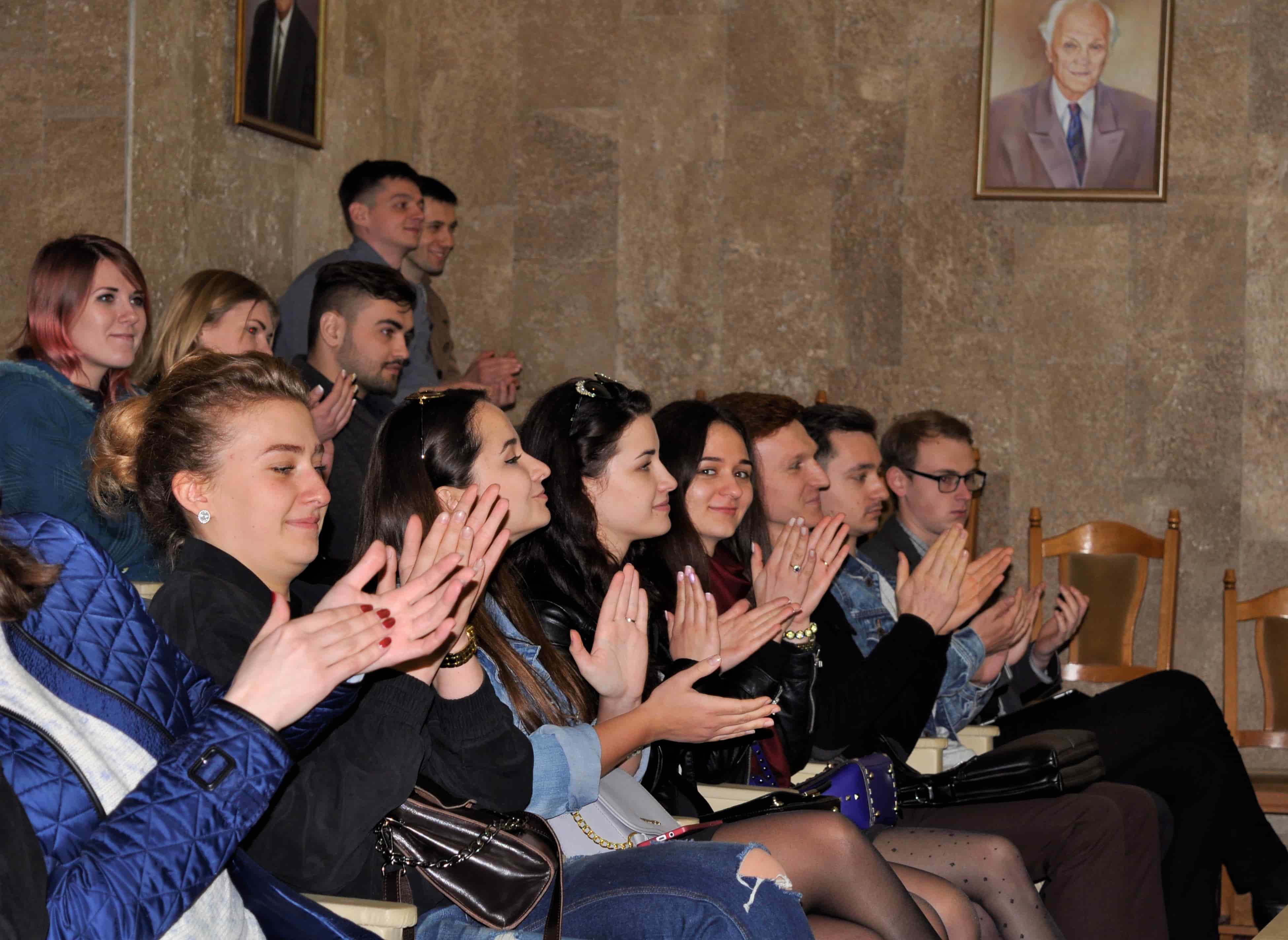 Jury and honorary guests of the competition emphasized the importance of this educational project for students, and also noted an interesting contest task. The jury was pleasantly surprised by the level of preparation and oratorical abilities of the team members, but nevertheless expressed certain remarks, instructions and wishes to future young specialists.

After a painstaking work on written works and strenuous rounds of judicial debate that lasted more than 4 months, the winner was determined! The scoring of the points took into account the assessments of the teams, both for written works and for oral performances. 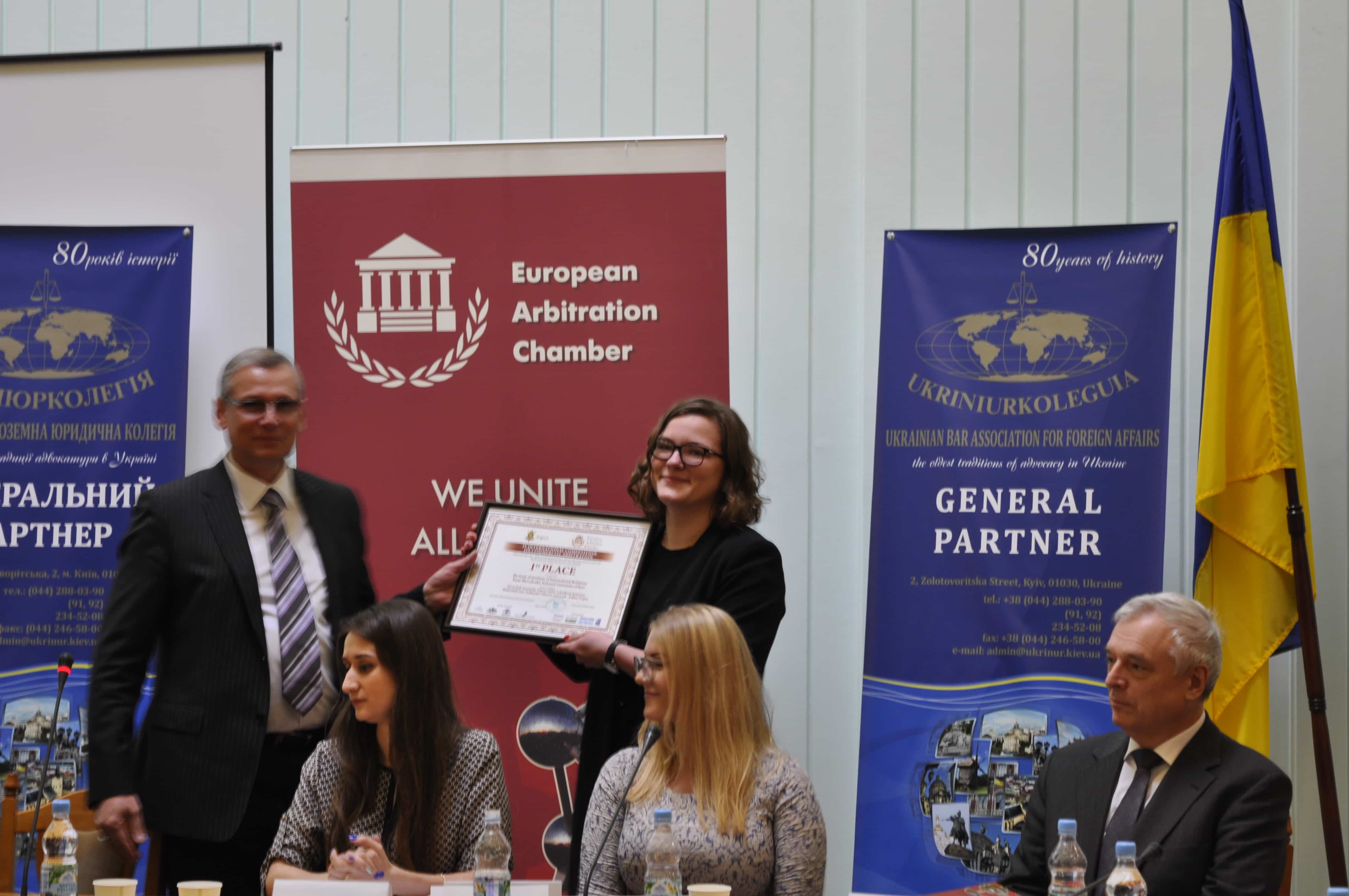 With a total score of 85.1 points, the team of the Institute of International Relations of the Taras Shevchenko National University won a victory in the team of Nazarchuk Anastasia, Popova Yulia, Lagodovets Catherine, Makarchuk Lina, Kaherska Victoria and coach Zahar Tropin. 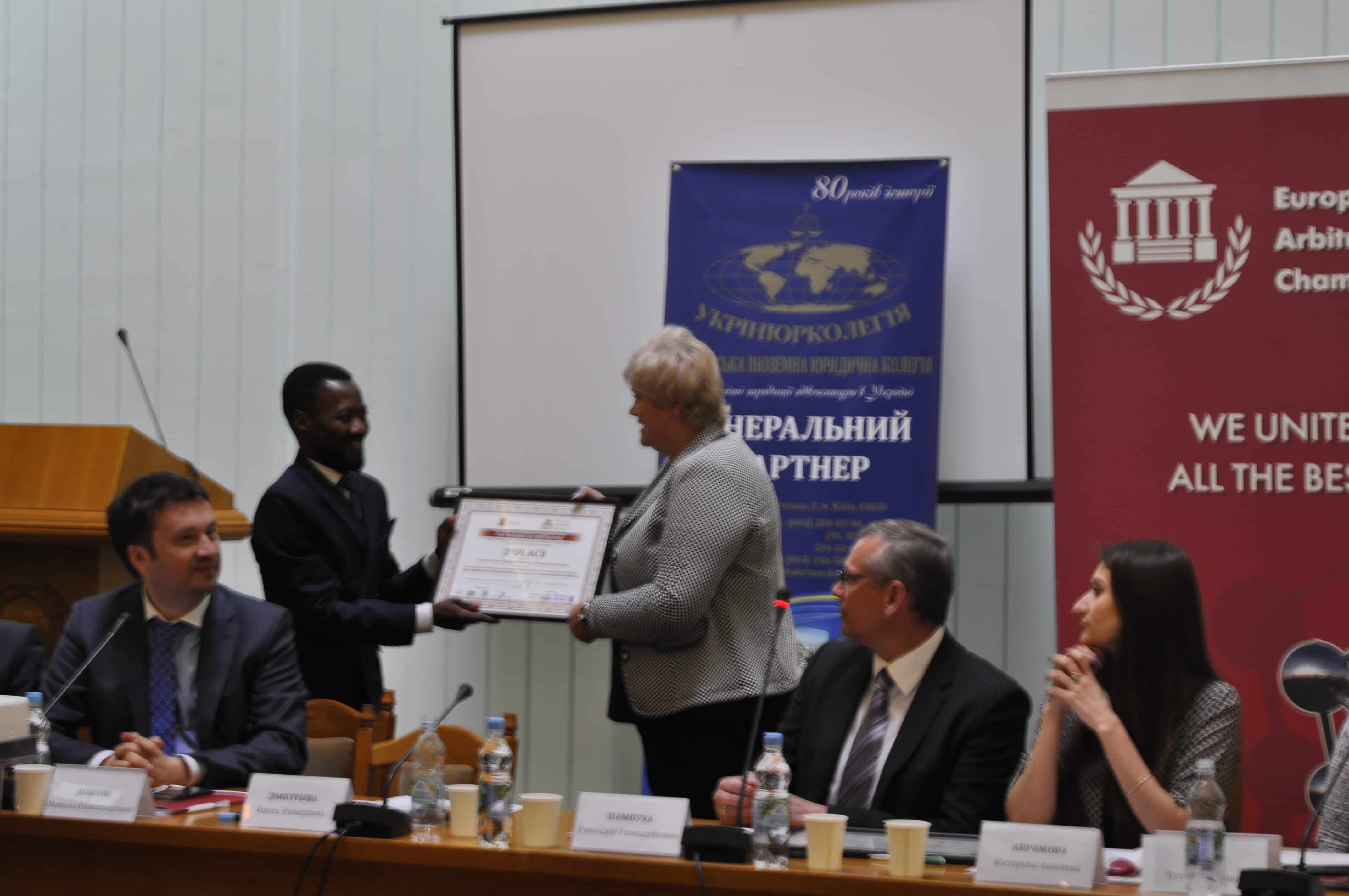 An honorable third place in the competition was won by the team of the National University "Ostroh Academy" in Voitova Irina, Dubetskaya Victoria, Valko Catherine, Yasinskaya Svetlana, Yudovich Vadim and coach Maria Tsipyashchuk. The jury gave the team 75.1 points.

The main prize - an internship in the Belgian office of the European Arbitration Chamber and its partner Association for International Arbitration (AIA Belgium) was received by a student of the Kiev National University of Trade and Economics Mahama Khudu Gbagma, whose competitive essay in the individual competition was the best. 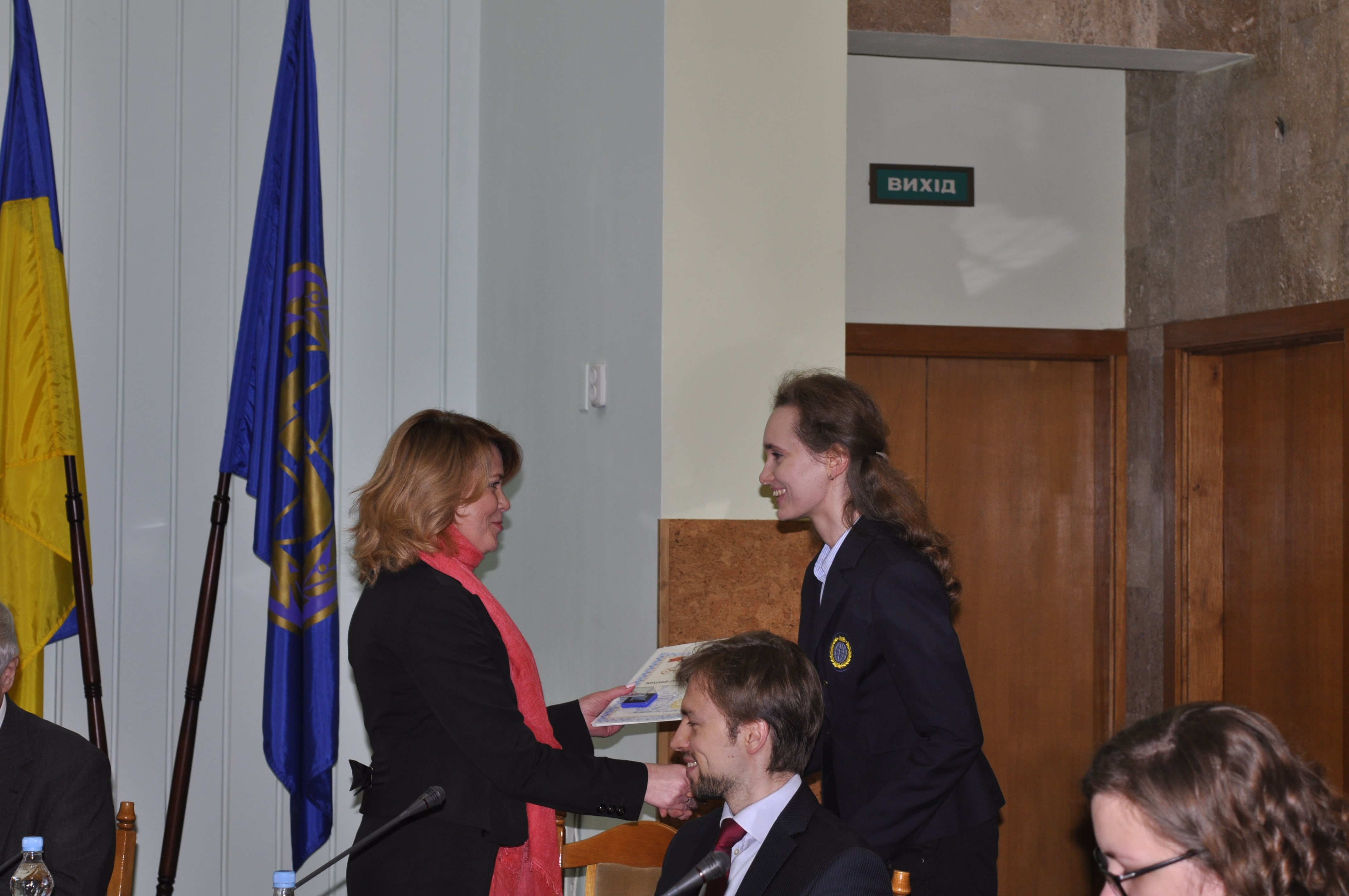 According to the results of evaluating the oratorical abilities of the participants in the contest, the President of the World Congress of Ukrainian Lawyers Valery Evdokimov determined the best speaker from each team. Thus, Olga Pampuha, a member of the WCUL Governing Council, presented a commemorative certificate "The Best Student Lawyer of Ukraine" and a diploma to the student of KTEU Mahama Khudu Gbagma, a student of the Ostroh Academy Vadim Yudovich and a student of the Institute of International Relations Lina Makarchuk. 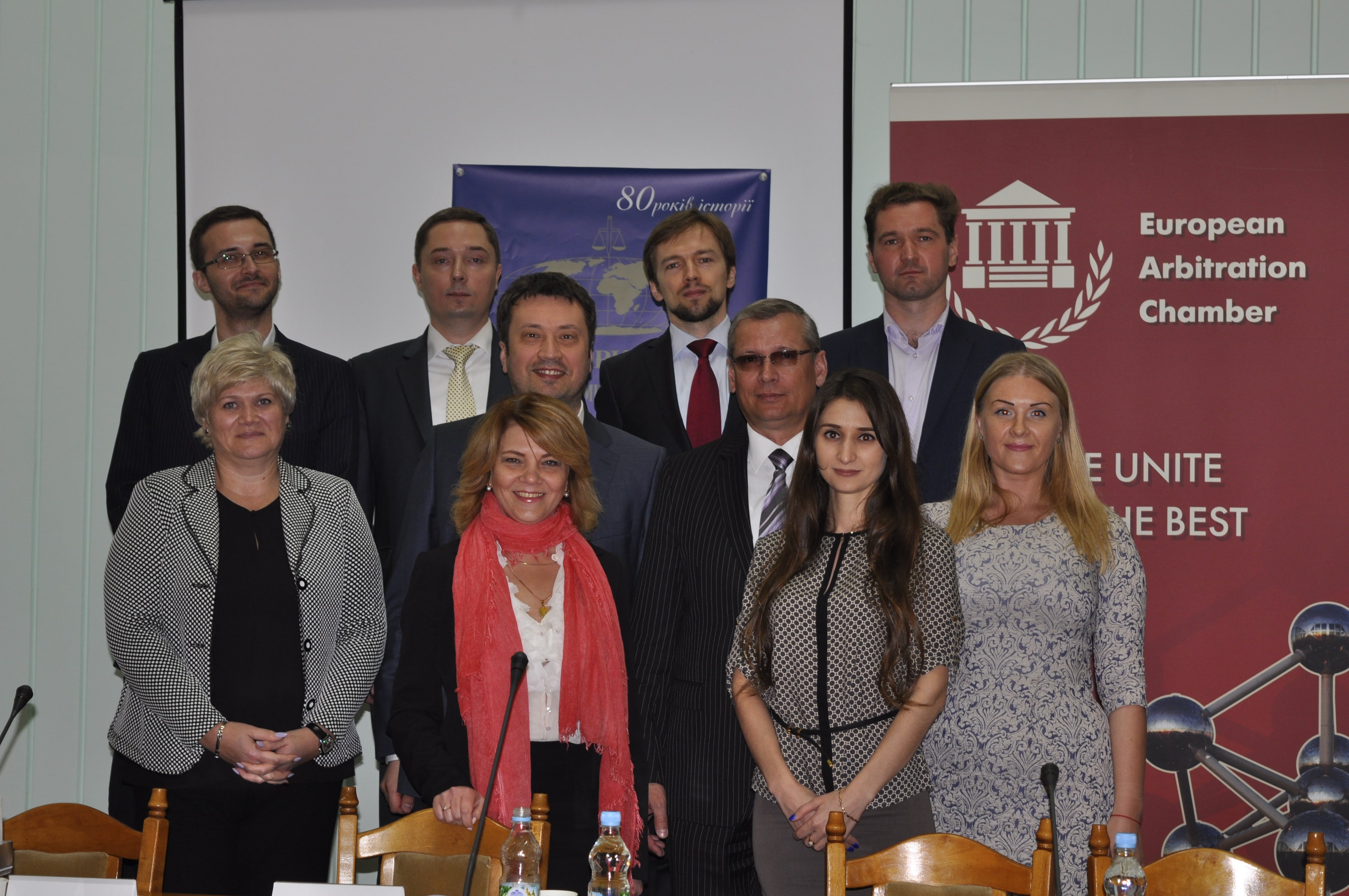 The participants of the competition were also awarded with certificates for internship in the best legal companies of Ukraine. Traditionally, Olga Dmitrieva invited two students from the Ostroh Academy team - Vadim Yudovich and Dubetsky Victoria - to pass an internship at Dmitrieva and Partners.

Tatiana Lezhoukh invited her student Ekaterina Govorukh and a student of the Ostroh Academy Irina Voitova to her law firm "Ledzhukh and Partners".

Yevgeny Zarudnev presented certificates for internship in the company "Zilver" to the students of the team of the Ternopil National Economic University Victoria Ivanyuk and Victoria Savochka.

On behalf of the European Arbitration Chamber, we congratulate the winner of the IV International Competition on Commercial Arbitration in 2017! But, in fact, there are no losers, because only the best have competed!

PARTNERS FOR ORGANIZATION OF INTERNSHIP